In today’s blog, I am back at my club lakes; Hockley Angling Club. With my aim catching a few early April Crucians, and also adding a few more species to my tally in the species hunt, which has so far been appalling! However a day catching a few decent skimmers/bream and some Crucians mixed in, would make a good early, very cold April session.

The setup for me was back to the Pole and on my seat box, fish accurately in a spot and be able to react quickly to the small fiddly touches Crucians can give. With the water still being cold, I want to stay accurate, even more than normal, and the keep the small amount I feed, in the same area and keep the Fish tight. And Pole fishing gives me the ability to do this.

I setup and plumbed slightly over depth, it’s always my go to, just by the stem of the float. Bait for today was micro pellets with the special G groundbait dusted over them. And on the hook I was using soft expanders and some dead maggots.

With the weather still being cold, I opted to feed very lightly. You can always put more in, but you can’t take any out. I potted in one golf ball size of the micro mix along with a few dead maggots and some of the soft expanders. Then quick drink break, let it settle a bit, and then first put in, opting for a single red dead maggot on the hook. Wasn’t long before a tell tale bite from a skimmer, with the float lifting right to the body, a lovely lift bite, and the first fish of the day.

Make sure the species hunt card is in the photo!

Weirdly, the skimmers today weren’t the main feature, normally here it’s mainly skimmers with some Crucians mixed in for good measure. However, this was one of only a few. The lake recently had Crucians stocked in from a young age, along with some more Tench. So a load of small baby Crucians were coming out! It wasn’t long before they controlled the bait and for them to start coming thick and fast. However, their bites showed how shy and small they were, with bites being small sideways movements of the float, barely a touch on the float moving up or down. I introduced a method of lifting the float every 10-15 seconds just to make sure a crucian wasn’t hanging on without giving any indication, a lot of the time lifting the float up did result in the elastic coming out and a Crucian on the end!

Was a pleasure catching this small crucians, and made for good sport, although the tough bite indication was certainly difficult. However, was good to still be catching them, and it wasn’t soon before a few of the biggers one started coming!

Great to see how some of the older stocked ones have been doing, some nudging around 1lb!

However, with all this catching, the bites started slowing down in the open. I did plumb and feed a few over spots, however nothing really came from them, and in this venue, it’s always worth having a look down the margin, a lot of the Bream, Crucians, Tench and even a few Barbel will stay down in the deep margins in this lake, through the day I had been throwing a few micros and dead maggots down the edge in hope of a few better fish.

And then my float went under for the first, and only time of the day! For a tiny baby barbel!

The next bite from down the edge, was a lift bite, thinking it would be a bream, however up popped one of the baby tench! Lovely little bar of soap!

The margin then started throwing up those tell tale bites, float moving sideways, or not even moving, with big Crucians on the end, the Crucian fully took over everywhere on the peg! The margin Crucians were of a much better size than in the open, and really gave a good fight, was a pleasure to catch.

The whole session really provided a good 3-4 hours of Fishing, ending the day with a lovely 21 Crucians! Not a bad haul at all!

Very glad I am now able to go back to this venue with the lockdown travel restrictions being lifted!

For my blog on some basic pole fishing tips : https://essexanglers.co.uk/pole-fishing-basics-1-tackle/ 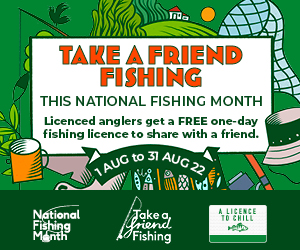