The Rudd is a coarse fish species that appear between late May and July in the UK. The water temperature conditions for the Rudd to spawn are between 14°C – 24°C.

In population, the male Rudd are around 20% more as compared to the female ones.

The Rudd is often regarded as the most beautiful shoaling coarse fish. It is a slim and moderately deep-bodied fish with a lustrous body. This beautiful coarse fish has a green-bronze back with bright golden flanks under the belly.

The Rudd also features a pair of golden coloured eyes which are orange in younger fishes.

Some people may mistake Roaches for Rudd, but the main difference between the two species is the bright colour of the Rudd’s fins and the bottom jaw. The bottom jaw in Rudds is set forward, whereas, in Roaches, the upper jaw is set forward.

While Rudd fishing is expected in summer and autumn, some fishing enthusiasts also cast in winters when the Rudd is inactive.

Recently, a five-year campaign on a large, Low-stock Northern Stillwater reached its zenith for the angler James Champkin. Champkin has caught a gigantic 3lb, 9oz. Rudd and describes it as the most impressive fish he has ever seen.

He sat out patiently, angling in severe weather conditions with icy winds and flurries of snow – which may be described as classic Rudd fishing weather and achieved this impressive feat.

James Champkin declared this journey as one of the most challenging campaigns he has ever embarked upon. The venue he used to catch this immense beauty was tough, with lots of weed and a low fish population.

Find out more about this spectacular accomplishment by James Champkin by reading the full article!

“The Rudd only ever feed during the hours of darkness, and even then, only for extremely short spells. I’ve been fishing here for five years and have had fish to 3lb 2oz. However, a truly enormous Rudd has eluded me until now.” 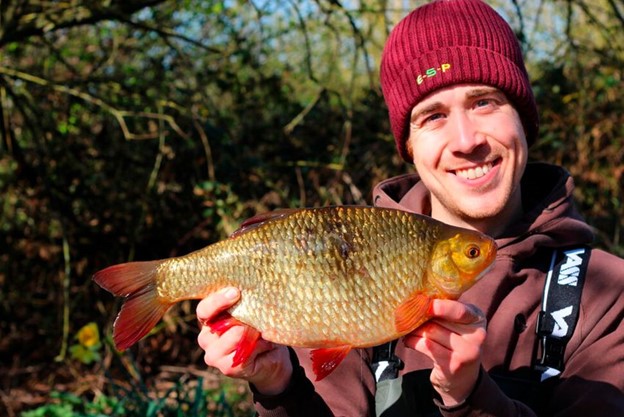 They sit well out in the weedbeds,” he says, “so I target them at range using a maggot feeder and a short 5lb fluorocarbon hooklength. The hookbait is three popped-up red maggots, fished over a bed of hemp. I’d much rather catch them on the float, but you have to fish in a way that’ll produce.”

As soon as James hooked the biggest Rudd, he immediately suspected it might be something special.

“It felt extremely heavy, and just plodded around all the way to the bank, occasionally shaking its head,” he says.

The original article is available for reading on the following website link: 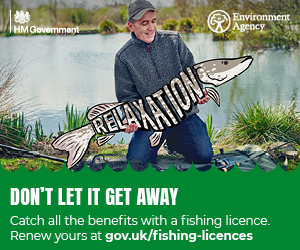