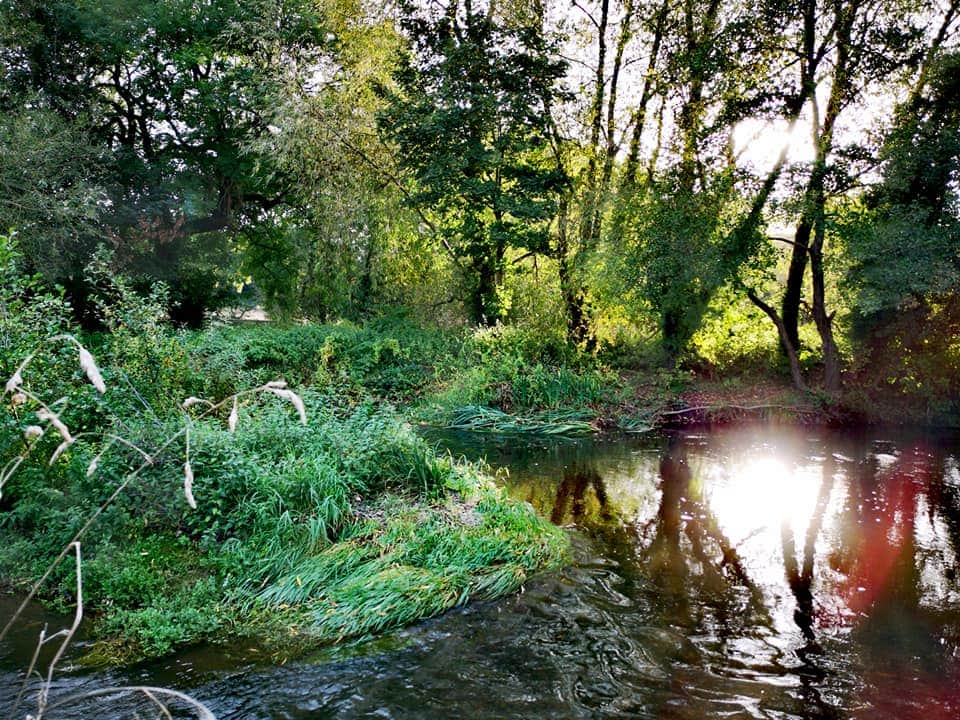 The Rea Brook, often known as the ‘Brook’, is a very special fishery and holds a big foundation in Western Fly Fishing. As Thomas Barker (1591-1651) published a very early angling book, known as ‘The Art Of Angling’ which featured some of the first ever illustrations of Fly Fishing equipment and fly tying. Which Mr Baker was originally from ‘Brace, Meole’ which is now known as Meole Brace in Shrewsbury. Which is where our section starts, while our very own Thomas from Meole Brace is the Rea Brook Fishery Warden on our Fisheries. A tributary of the Rivern Severn, the ‘Brook’ section of ours starts at Meole Brace behind Moneybrook Way, then flows past the Brooklands Pub and the side of the Meole Brace Golf Course, then wedged between Reabrook and Sutton Farm Estates, then out into the meadows over looked by Lord Hills Columm. While sneaking behind Cineworld and Asda supermerket, which is where our section ends, before it meets up with the severn near the English Bridge. It’s a mixed fishery, containing all different specie, while being known for both Brown Trout and Greyling, which delights both Course and Fly Fisherman alike. Salmon parr are often found, while the odd small river carp and jack pike. The ‘Brook’ is also a keen learning ground for our young anglers, who often catch their first fish from the ‘Brook’. 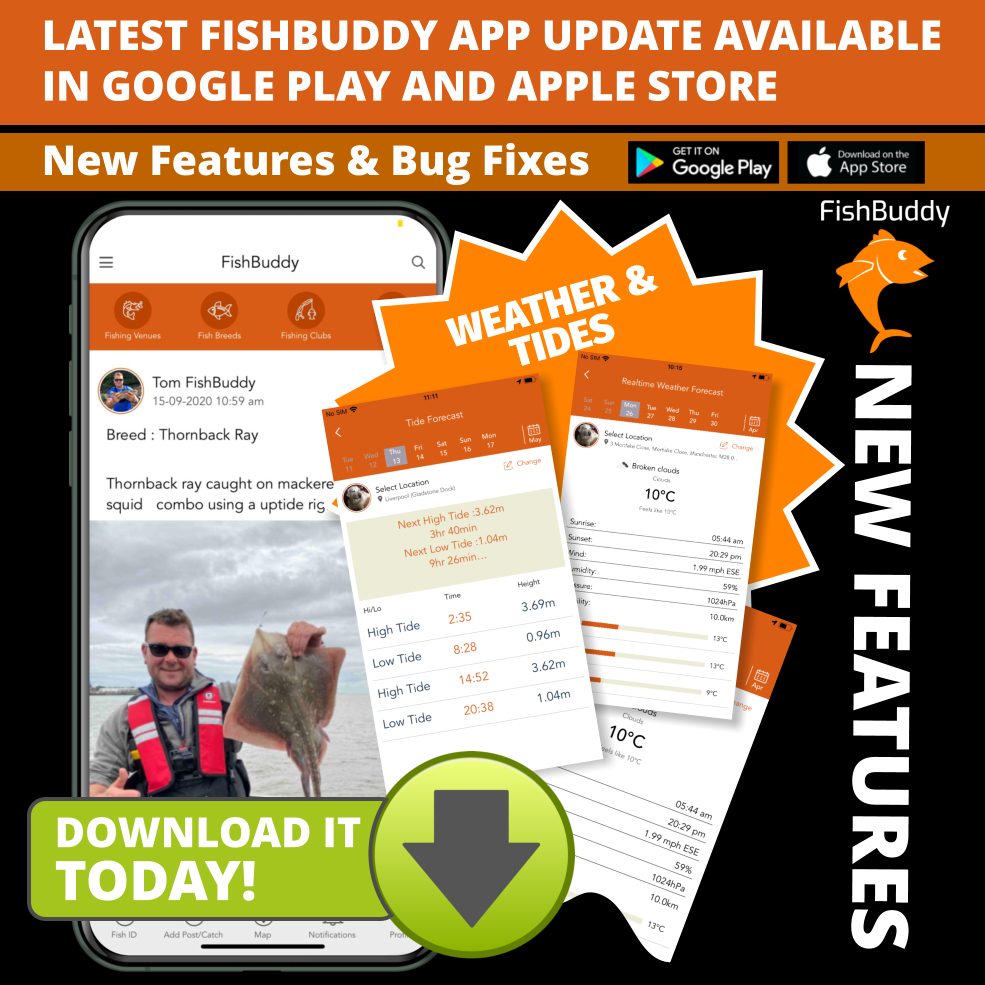 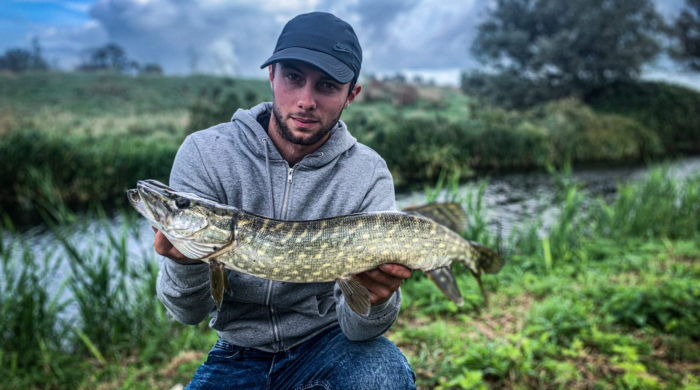 Dead Baits Vs Lures – What to Use?

This article explains the difference between dead baits and lures for fishing   One of the most common questions in the fishing world is whether to use natural baits or lures for angling. Unfortunately, as simple as the question sounds, the answer is not so straightforward. Depending on the situation, either can be good for you. Before moving forward, let us understand lures and baits separately. lures are small, man-made objects that are designed to look like different items that the fish preys on. Anglers attach the lures to the end of a fishing line and use them to deceive the fish into taking a bite.   There are different types of lures available in the market, and you can choose according to your specific requirement. The lures are made of different materials such as rubber, metal, plastic, or even a mix of other materials.   Baits, on the other hand, are actual invertebrates that can either be alive or dead. You can use either to catch fish. The most significant advantage of using bait is that it attracts a wide variety of different fishes. Furthermore, if you can find your baits, then it does not cost anything.   Both baits and lures have their advantages and disadvantages. One of the advantages of using lures is that once you invest money in buying some, you can reuse them for a long time. Additionally, if you are using lures, you can put them anywhere. Therefore, they do not require any special storage.   One of the most notable disadvantages of lures is that they are costly, and you need a little bit of trial and error to find what works for you. While much straightforward in use, Baits can be messy, smelly, and require some special storage.   This article explains the experience of an angler and his friend as they used both lures and dead bait to catch fish. Find out what worked for the angler – dead bait or lures, by reading the complete article! So on this trip me and a mate decided to visit a small dyke very well known for its large perch and pike, well between me and a few mates its well known. I went with Dan Taylor a charter captain who fishes from Better Days in ramsgate marina. Hes recently got into the freshwater stuff which i think is brilliant, its always good to expand your knowledge and keep learning! After that fish it went quiet until we got to the area where Dan had his first, BANG fish on! weather this was the same fish or not who knows but this one was smart and managed to t-bar himself on the weeds and get off the hook, grr! Author: Cameron Harris The link to original article is provided below: https://essexanglers.co.uk/lures-vs-dead-baits/ 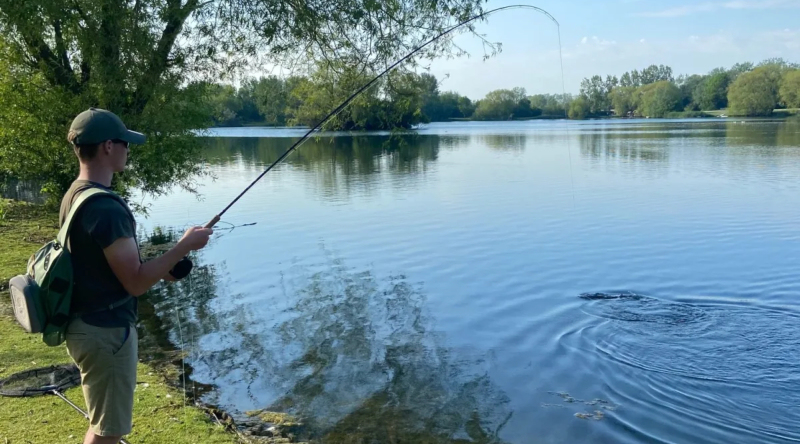 This article explains a fantastic fly fishing experience of a young angler with some handy tips Fly fishing is a method of catching fish through a lightweight lure. This particular fishing lure is an artificial fly that the angler casts through a reel, fly rod, and a unique weighted line. The bait or lure used in fly fishing resembles natural insects (such as a fly), food organisms, or baitfish. The angler deceives the fish into thinking that a fly or some other invertebrate has landed on water through fly fishing. One can perform fly fishing both on salt water or fresh water. But, according to fishers, fly fishing is one of the most peaceful and satisfying sports on the water. Fly fishing is diametrically different from traditional fishing, in which you cast the bait below the water. Using fly fishing requires you to focus on your technique and adjust it based on the location where you are present. If you want to improve your fly fishing, there are some tips that you can follow. Firstly, you should learn how to cast correctly.  You need to observe and learn from fish behaviour and use it to catch them. For instance, if you are looking at a trout, do not immediately cast.  During your observation, please note the timing of the fish when it rises. Also, learn the fish’s behaviour and determine the type of bait it feeds on to choose a particular fly. This particular article reflects the story of a young angler who had just turned eighteen. To celebrate the joyous occasion, his grandparents wanted to provide him with a special gift. The angler thought about the present and decided that the best gift would be fly fishing coaching. Do you want to learn more about fly fishing from a different perspective? Then, read the complete article to learn more about the fascinating fly fishing experience of Joe Chappell! There’s a few different fly fishing tutors around Essex but I decided to go with Iain Fraser. He has nearly 50 years of fly fishing experience and seemed like a fantastic option. After exchanging a few emails, we decided on Wednesday the 2 of July. I couldn’t wait. I had only ever been fly fishing once before and that was a couple of years ago. Iain recommended that our session take place at Chigborough fisheries as it’s perfect for anglers of all abilities. I’ve been carp fishing at Chigborough a couple of times and it’s absolutely stunning, the fishery is set in acres of beautiful woodland and on site there’s 3 trout lakes and 3 course lakes. There really is something to suit every anglers. Iain started the day by explaining watercraft to me. We went through the different things the trout feed on and where and when they can be found. He explained how the trout feed and it was really fascinating. It amazed me just how different they were from the fish I usually catch.   Iain said that he thought my casting was ready. We stopped for lunch before heading out onto the water. We went walking and looking for the fish. Glasses are a must when fly fishing to protect your eyes from the fly. Polarized glasses are even better as they cut the glair from the water. We spotted the odd fish rising and swimming but we kept walking. In the corner, we found a huge group of trout shoaled together. I cast out and missed the first couple of bites. When fly fishing, you don’t actually strike, you just pull back the line. I was really struggling with this technique. Finally, I hooked into another trout. It was the smallest of the day but still more than welcome.   After a couple more casts and about five minutes, I did an absolutely fantastic cast. The line straightened out perfectly and the fly landed right in the middle of the shoal. A trout came up and engulfed my fly. I resisted the urge to strike and I pulled back on the line to tighten it. I felt the resistance of the trout and raised the rod ready for the fight. It put up the best fight of the day and after a little while, it was in the net. I didn’t have time for another cast as it was time to go. Author: Joe Chappell The original article is available on the following link: https://essexanglers.co.uk/another-angle/